Share a memory
Obituary & Services
Tribute Wall
Read more about the life story of Alonzo and share your memory.

Mr. Alonzo Poindexter Jr. life came to a peaceful sunset on 11/16/2022 surrounded by those near and dear to his heart.

Alonzo "Big Pon" Poindexter Jr. was brought into this world on September 12, 1951 to Alonzo Poindexter Sr. and Katherine Poindexter in South Bend, IN. He graduated from Washington high school where he was an All-Star athlete winning state wrestling championships and the 1969 state football championship. In 1969 Alonzo attended Mankato State University on a football scholarship where he earned his college degree. Alonzo started his career as a community liaison where he was very hands on in his community with youth and people who deserved second chances. This took him into his next roles at Big Brothers Big Sisters and Teen 2000. With a heart as big as his, his passion for caring and helping people led him to becoming an advocate for the homeless in St. Joe County as the head residential counselor at HOPE Rescue Mission. During his career Alonzo, helped a number of people while working as the alcohol and drug facilitator for St. Joe country CSAP program and a caseworker the for the Indiana Health Center. Alonzo spent most of his working career at Work One as an employment and training advisor. The South Bend Ducomb center is where he spent the remainder of his working career as an operations manager. Alonzo helped open up the multi-million-dollar facility before retiring and picking up his favorite hobby, ubering during Notre Dame football season. Speaking of hobbies, Alonzo's favorite pastime near and dear to his heart was the Elks Lodge 298 where he sat on the executive board as the financial secretary for 20+ years.

Later he would meet and marry Joanne Jones and of this union two daughters were born.

Alonzo also leaves behind a host of friends including his Elks lodge family: Stella Snelling, Cathy Smith, James Carr, Betty Luster, Jerome "JJ" Ivory, and Woody Bradford. Pons Partners: Darryl Osborne, Mikey Lee, and John Paul Williams who called and checked on him daily. His Kenwood Krew: Carey Kimble, Chuckie Kimble, and Carl Kimble, and his nephew in crime who would never drop a dime Donald "Poppy" Morris. Poppy, thank you for being his barber, his best friend, and his right hand man.

Special thank you to his nieces Michelle, Damika, Danita, Dora, and Carchelle.

Services for Mr. Poindexter will be held on Saturday November 26, 2022, 11 A.M at Pentecostal Cathedral C.O.G.I.C, 1025 Western Avenue, South Bend, Indiana 46601. Pastor Graylin Watson will bring the word. Friends may visit with the family two hours prior at the Cathedral. Burial will follow at Highland Cemetery. Arrangements have been entrusted with Alford’s Mortuary Inc.

To send flowers to the family or plant a tree in memory of Alonzo Poindexter Jr, please visit our floral store. 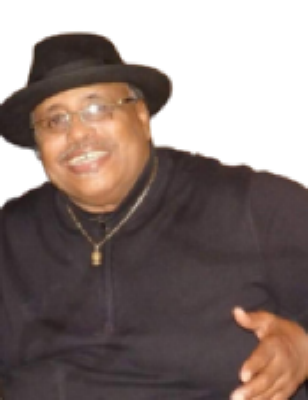