Share a memory
Obituary & Services
Tribute Wall
Read more about the life story of Lavaida and share your memory.

On Tuesday November 15, 2022, Lavaida (Lane) Howard entered eternal life at the age of 88. She passed peacefully in her home following some health complications.

Lavaida was born in Kosciusko, MS on April 23, 1934, to Viola (Price) Lane Carter and John Lane who precedes her in their passing.

Lavaida was a loving mother and grandmother that worked for St. Joseph County Head Start program for several years. She loved children and openly took in whoever she felt needed help, food or just love. Although there was no doubt, she truly loved all her children, grandchildren, and great grandchildren along with her many nieces and nephews, she would light up when she spent time with her great grandson Jayceon. Many knew her as Auntie, Granny or Ms. Murphy. But if you knew her you couldn’t help but to love her. She was passionate when it came to cooking and would make a meal out of close to nothing and was also a great baker. Along with all the love she gave also came the discipline and no-nonsense approach to parenting we called tough love. Manners, respect, and obedience were a must in her house. She enjoyed playing a mean hand of cards, while listening to Johnny Taylor and Al Green or watching Notre Dame football and the Bulls. One of her favorite past times was going to “the boat” also known as Blue Chip Casino. Fishing and being in her garden with her roses and tomatoes is where she thrived. Her true love first and foremost was in her faith and love for the Lord. Lavaida was prepared and at peace with seeing her Heavenly Father face-to-face and in her last days would have her own personal praise breaks giving GOD the glory for her life and her family.

Lavaida was preceded in passing by her husband Neal Howard, her three sons Harvey Murphy, John Murphy and Marvin Murphy, and her daughter Jackie Howard. Lavaida is the last of five siblings. Sister Virgie Lane Coleman, brothers John Henry Lane, Sanford Lane, and James Earl Lane who have all preceded her in passing

“But as God calls us one by one the chain will link again.”

Services with Mrs. Howard will be held on Wednesday November 30, 2022, 4 P.M in the chapel of Alford's Mortuary, 1222 Napier Street, South Bend, IN 46601. Friends may visit with the family an hour prior in the chapel. A repast will be held at the ELK'S LODGE 1001 Western ave. South Bend, IN 46601. Arrangements have been entrusted with Alford's Mortuary Inc.

To send flowers to the family or plant a tree in memory of Lavaida Howard, please visit our floral store. 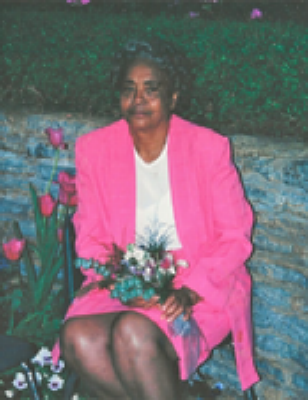