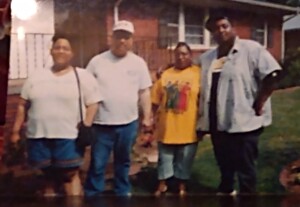 Charles Edward Johnson Sr. passed away peacefully at his residence in South Bend, Indiana on Thursday, August 26, 2021. He was born on March 10, 1950, in Valley Station, Kentucky to the late Herschel and Anna Lee (Ford) Johnson.

Charles moved to South Bend, Indiana when he was 17 years old and met the love of his life. On November 15, 1969, he was united in marriage to the former Barbara Gunn, who survives. Charles was a truck driver for 29 years. He drove for South Bend Freight and Dayton Freight. Charles received several safety awards and was awarded for excellent driving and no accidents during his tenure as a truck driver.

Charles had a way of making you laugh when in his presence. He will be greatly missed by all who knew him.

To send flowers to the family or plant a tree in memory of Charles E. Johnson Sr., please visit our floral store.