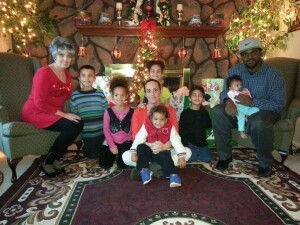 David was born to the union of Daisy and Melvin Smith Sr., on July 23, 1979, in South Bend, Indiana, where his father preceded him in death. David grew up in South Bend where he attended South Bend Community Schools. He loved to spend time with family, he played basketball, ran track and he was a Freestyle Rapper. While David was disabled at a young age, he continued to be a loving father, son, and brother; one could always look to David for a helping hand and a shoulder to lean on with plenty of laughs.

He was preceded in death by his father, Melvin Smith Sr.; his maternal grandmother, Dessie Marbley; two uncles: Dennis Marbley and Gary Marbley; and cousins: Otis Marbley and Natalie Moton.

David had a special bond with his cousins: Martines (Tomeka) Marbley of Indianapolis, Indiana, Darwin Smith, and Charlotte Anderson of South Bend, Indiana.

To send flowers to the family or plant a tree in memory of David A. Smith, please visit our floral store.