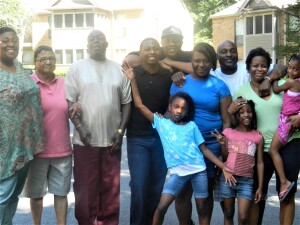 Henry attended Wilson High School in Malvern, Arkansas where he was active on the football team and met the love of his life Rosetta Cooper. He was drafted into the United States Army in January of 1964. Henry and Rosetta joined in Holy Matrimony on May 2, 1964.  Henry served one tour in Vietnam returned home and he and Rosetta moved to South Bend in 1966. Henry worked many jobs in the Michiana area including Clarks and Studebaker before retiring from St. Joseph County Department.

Henry had a passion for fishing and would spend many weekends out on the lake or the bank fishing with family and friends. When he wasn't fishing "Bubble Eye" as he was affectionately known to his friends throughout the community, could be found playing cards and talking smack with friends. At home he loved old westerns and spent many a day watching the shows of his youth. Henry knew his way around the kitchen known for his oxtail soup, chicken and dressing and making a mean pecan pie.

There will be a Memorial Service held at a later date.

To send flowers to the family or plant a tree in memory of Henry L. Junior I, please visit our floral store.