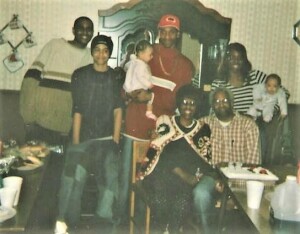 John Oliver Page was born on August 3, 1944, in Saint Louis, Missouri. John accepted the Lord Jesus Christ, in August 1980 as his personal Savior.  The Lord Jesus Christ called John to Heaven. God’s holy angel came and took John on October 2, 2020, while he was sleeping, to his heavenly home.  He no longer had to suffer pain any more here on Earth.  John received Pallative Care from the doctors, at the end of his life, to ease his suffering, from the terrible effects of the COVID-19.

He graduated in 1962, from Beaumont High School, in Saint Louis.  John’s first job was with his father and mother, after school in the 1950s that began him learning and experiencing the job ethic. John worked in his parent’s family-owned business that was named, Page Park N Eat, a One Stop after school, located near their home in Saint Louis. John graduated from Beaumont High School, in 1962, in Saint Louis, he was married to his first wife Cynthia Page, and they had three children in their marriage union, John A., Ivan T., and Keith Page. John subsequently, wanting to pursue a career in the auto industry went to the Ranken School that taught John Autobody and Auto mechanics. Subsequently, John had a variety of jobs over the next years in Saint Louis, jobs that he was working for the city of Saint Louis, and then he had a drafting job, for the McDonald Douglas Aircraft company before embarking his long career in the workplace. The work ethic that began in Saint Louis, with his father as a teenager, continued with him throughout his lifetime. John passed that onto all his children, who sadly and dearly, miss their father.

John met Loretta Naugles McCormick, in Saint Louis, Missouri, in July 1980. Thereafter, John received The Lord Jesus Christ as his Savior and Lord, after attending small Assembly gatherings that summer enjoying the fellowship as a new believer in Christ. John and Loretta were married two years later, on May 1st, 1982 in a small assembly of believers at Bermuda Bible Hall, in Ferguson-Florissant, Missouri. Loretta had six children by a previous marriage. All six of her children attended their new extended family wedding that was on a beautiful sunny day, at the Bermuda Bible Church.

John and Loretta Page have one son born in their marriage union, Johnathan S. Page, while they were still in St. Louis. John’s favorite pastime was spending time with his family and eating good foods he loved.

John’s employer merged with the Bayer Corporation and in 1988, and in 1989 announced the close of their Columbus Dental company that they were moving to South Bend, Indiana. John worked very hard in the Bayer Gypsum Department, for his last Hereaus Dental Company was from 1989 to 2003 when he had to take early retirement from Bayer.

John will be remembered by his wife, Loretta of 38 years, being a loving, God-fearing, kind, gentle, sweet attentive husband. A faithful husband to her who time to enjoy life with her and his family. John lived a long life, despite his doctors told his parents, his life would be short since he was born under 5 pounds. John lived in the hospital under his birth weight reached 5 pounds. John’s birth and his life were miracles!  Just a real blessing to his family and friends. He was well-liked in his last neighborhood in South Bend, only because he never met a stranger! John was forgiving to the end of his life. John never smoked or desired to drink when he was physically was healthy, until his terrible fall at home, on February 21st, 2018, that caused him to have a severe stroke which paralyzed his right side. John regained mobility to walk but he was never the same.  John’s recovery was another miracle and answer to hundreds of prayers to God, which allowed him two more years.

John always had time for all his children and grandchildren, before his terrible accident.

Loretta, and Johnathan had been taking him things he liked to read and enjoy.  John enjoyed attending church in South Bend when he was well.  All that ended two years ago, but he never forgot the worship and services.

John went to worship services at the first nursing home and those services really helped to lift him up spiritually, along from regular visits from Loretta and his family members, that brought him hope, comfort and showed him he was remembered and well-loved.

Loretta visited John faithfully because she never knew when the virus would get to him and in his nursing home.

I say with assurance, that when the Angel of God took John to heaven, He said, “Well done though good and faithful Servant, Enter into the Joy of thy Salvation.” It was the end of John’s lifelong suffering here on Earth and his beginning of Eternal Joy!”

John passed away after much suffering his last two weeks on earth, but was comforted at the end of his life. Loretta and John saw each other for the very last times, in his room two days before his passing. John and Loretta's marriage was a love story from start to end. John Page’s life was a life well-lived and he is sadly missed by his children and grandchildren.

John was greeted by his two adult children: William and Tanyette, who passed away on Thanksgiving 2019 suddenly, as the result of their home fire. John’s parents and his brother, Ramon Page, preceded him in death and both great grandparents.

To send flowers to the family or plant a tree in memory of John O. Page, please visit our floral store.