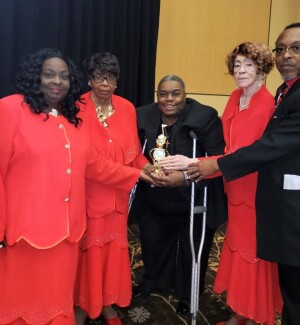 Many years later the family relocated to South Bend, IN where attended LaSalle High School, graduating in 1984, shortly after Lee Charles chose to serve his country and joined the U.S. Army where he served 10 yrs.

Upon ending his career with the armed forces, he became gainfully employed and he worked at A.M. General. Minister Lee Charles Nelson spent his life serving in ministry as planted himself in the South Bend community. He served at River of Life, under the leadership of Bishop Ralph & Margaret Parker. Within the past 3 years Minister Lee Charles Nelson faithfully served as an Associate Minister as well as the Assistant Secretary of the Men’s Ministry at New Bethel Tabernacle. He was a great help to Pastor Cecil Golder Jr. and will greatly be missed.

To send flowers to the family or plant a tree in memory of Lee Charles Nelson Jr., please visit our floral store.