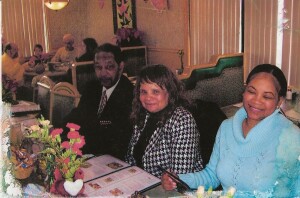 Louetta “Biddy” Devola Exum Turner, age 90, passed away on Tuesday, September 21, 2021, at Memorial Hospital. She was born on February 5, 1931, in Tarboro, North Carolina to the late William A. Exum and Amanda C. Exum. Louetta had 4 siblings, three of which have preceded her in death: William Exum Jr., Mamie L. Hill, and Oliver T. Exum.

Louetta grew up in Tarboro, North Carolina, and at the age of 19, she left to pursue her passion in education at Shaw University. After a year, she transferred to A &T State University to get her B.S. in Education.

It was there that she met her husband, Henry Lee Turner, who preceded her in death. Henry enlisted in the United States Army and during his service they were married in Indianapolis, Indiana at FT Harrison on September 5, 1952. Henry returned from duty in Korea after Lou’s graduation from A &T University in Greensboro, North Carolina. They then moved to Anniston, Alabama where their first two children, Henrietta and Carolyn, were born.

After returning from Bamberg, Germany, they lived in places like Harrisburg, Pennsylvania, Fairbanks, Alaska, Colorado Springs, Colorado, and Minneapolis, Minnesota, where their youngest child, Angela, was born. She dedicated herself to raising her kids until she started her teaching career in 1965 in Alaska.

She received her education certification from the University of Alaska in 1967. The family settled down in South Bend, Indiana in 1969, where she obtained her M.Ed from Indiana University while teaching in South Bend Community School Corporation.

She served in South Bend Community School Corporation for 39 years. Teaching the majority of that time at Coquillard Elementary School. She retired in 2008 and continued dedicating herself to educating children by substituting in the same school district until September 21, 2021. Her last day of substitute teaching was Monday, September 20, 2021.

Louetta was also active in her community. For example, she led her own After School Program (P.E.P.), at several middle schools for many years. She was a proud member of the A.K.A Sorority; a past Girl Scout Leader and a Women Teacher’s Bowling League participant.

Throughout all her years in South Bend, Louetta also was an active church member at Macedonia Missionary Baptist Church. From Deaconess to Youth Leader to Sunday School teacher, her love for educating was not limited to her work. She served her Lord, the church, her family, the community, and South Bend Schools well.

To send flowers to the family or plant a tree in memory of Louetta D. Turner, please visit our floral store.

Video is available for this event