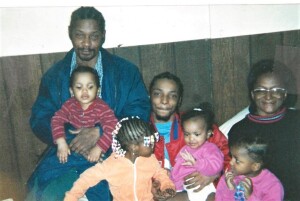 Michael went to high school at Douglas High School where he earned his diploma. Michael worked for Goodwill industries as a packer and Hurich Iron as a forklift driver. Michael's hobbies included boxing, doing yard work, and spending time with his beloved family. Michael was an active member of the Holy Trinity Church in South Bend.

In addition to his parents, Michael was preceded in death by his stepmother Victoria Holloway, sons Michael Holloway, Shawn Martin, and Cory Holloway. Sisters Sherland Holloway and Essie Martin. And nephew Rasual Clark.

To send flowers to the family or plant a tree in memory of Michael A. Martin, please visit our floral store.