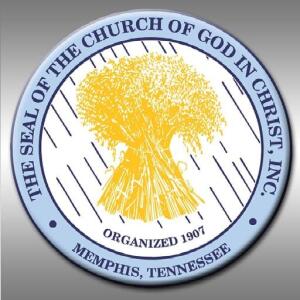 Mother Esther Mae (Reed) Andrews was born January 24, 1929, in Crawfordsville, Arkansas to the union of James and Esther (Payne) Reed.  Mother Andrews has been a resident of Elkhart IN over 40 years.

Mother Andrews worked as a laundress for many years, a job which she enjoyed.  She also worked for the Rouen and Naquin families of Elkhart.  Mother Andrews was a great seamstress, making clothes for herself and others.

Mother Andrews loved people, especially her family.  She was a loving mother, grandmother, sister, aunt, and friend.  She was always willing to provide a helping hand to others.  She loved everyone and over the years developed a passion to minister to those in need (friends, church family, neighbors and strangers as well), regardless of where she was.

Mother Andrews was a faithful member of Greater Wayside Temple Church of God In Christ.  She accepted Christ as her Lord and Savior under the leadership of Superintendent Dr. Leonard Brooks Jr.  She served on the Mother’s Board, as well as a Prayer and Bible Band teacher.  Mother Andrews exhibited the fire of the Holy Ghost each time she spoke. She “preached” her testimony with excitement knowing the wonderous work of God in her life. She was not ashamed to share how God had delivered her from the world.  Mother Andrews could often be seen praising the Lord in a dance during Sunday worship.

Homegoing services for Mother Andrews will be held on Saturday May 28, 2022 12 Noon at Greater Wayside Temple COGIC, 638 Goshen Ave. Elkhart, IN 46516. Visitation will be held at 11 A.M. Pastor Donnie Massey will bring the Word. Burial will follow at Prairie Street Cemetery 401 W. Hively Street, Elkhart, IN 46517.

To send flowers to the family or plant a tree in memory of Mother Esther Mae Reed-Andrews, please visit our floral store.

A Memorial Tree was planted for Mother Esther

Join in honoring their life - plant a memorial tree