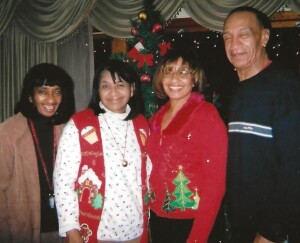 He confessed Christ at an early age and attended Tabernacle Baptist Church. Randal enlisted in the U.S. Army and served in the Vietnam War in the 82nd Airborne Division. Later Randal gained employment working at the Omaha Tannery in Nebraska where he also served as a union steward. After many years of working in Omaha, Randal returned to East Chicago and was employed at several steel and manufacturing companies.

Randal relocated to South Bend, Indiana in 2005 where he continued work experience at the Hope Rescue Mission and pursued the training opportunities offered by Catholic Charities. He was selected for a position as a Program Developer. He facilitated paperwork orientation, job training, resolution follow up status, and job performance for individuals applying to the work program. He was also active in the community and was appointed by the Mayor to serve on the Housing Board in 2012.

Heaven has called upon you today,

leaving so many words left to say.

But now its too late, for your time has come,

words unspoken we are sure everybody has some.

Regrets and wishes are probably there too,

but lasting forever are memories of you.

We were always there for you any time any day

There have been many times we disagreed,

but we were there for each other in time of need

Now its time to say Good-Bye

until we meet again in heaven to fly.

To send flowers to the family or plant a tree in memory of Randal W. Byrd Jr., please visit our floral store.