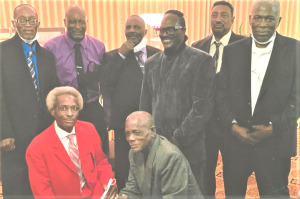 Ray G. Johnson transitioned from this life to be with the Lord on April 3, 2021, at Saint Joseph Regional Medical Center with family by his side. Ray was born March 4, 1962, in South Bend, Indiana to Robert E. Johnson Sr. and Wally Yvonne Butler-Buchanan.

Ray went to Washington High School. After high school, he moved to Florida where he furthered his career as a laborer for 20 years. He accepted Christ and gave his life to the Lord. He later returned to South Bend to be with his family and also started his own lawn care service. Ray was loved by many. He loved his family and people. He enjoyed talking and giving advice.

The family would like to thank everyone for their prayers, and special thanks to niece, Tamara Escalante; and cousin, Kim Lewis; nephews: Michael Johnson Jr. and Christopher Johnson; and close family friends: Debra Nichols, Patricia Campbell, Sue Townsend, and Sonya Chandler.

To send flowers to the family or plant a tree in memory of Ray G. Johnson, please visit our floral store.