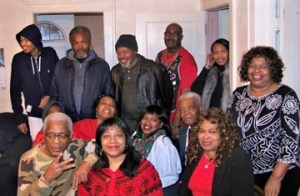 Mr. Robert Elmer Reese was born October 13, 1954 in South Bend, Indiana, to the union of Elmer Reese and Elizabeth Richardson. He married the love of his life, Barbara Ann Bailey, on December 26, 1987. They were together for 46 years.

During his life, Robert worked for Wheel Horse Corporation, Spincast Corporation, Raco Inc, and retired from RMG Foundry, where he was a Union Steward. He was known as “Bob” to his coworkers. He established his own business, Reese’s Pool Hall. In his earlier years, he coached little league tee ball for several years, where they won numerous awards. He was raised in Emmanuel Church of Deliverance. He later joined New Horizons Outreach Ministry.

He enjoyed sports, fashion, dancing, singing, and Cadillac vehicles. He spent endless hours educating and nurturing his family. He was known as “Reese”, “FELA”, “Cat Daddy”, or “Junior” by his family and friends.

Robert departed this life on March 4, 2020 at his residence after a long illness.

To plant a tree in memory of Robert E. Reese, please visit our tribute store.