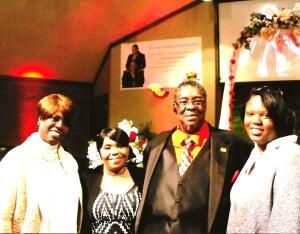 Russell accepted Christ at an early age and later was reintroduced to his Lord and Savior Jesus Christ at New Horizons Outreach Ministries where he served faithfully as an Elder, exhorter, church security guard up until his health declined. He graduated from Washington High School where he was a great athlete. He was a tight end on the football team and ran track and jump the high hurdles. After graduating he joined the Marine Corps and was Honorably Discharged in 1970.

Russell loved fishing, barbecuing, and family time. He worked 30 years till 2019 when he fully retired. Russell met a wonderful woman that would change his life forever. On October 17, 2015, he married his love, Kathy. On October 23, 2020, at 5:22 p.m., Russell departed this life to be with the Lord and his family was by his side.

To send flowers to the family or plant a tree in memory of Russell A. White Sr., please visit our floral store.