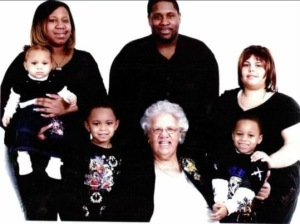 Shirley Rebecca Fulton was born May 30, 1930, to the union of Theodore Getmen Conley and Gladys Octavia (Williams) Conley in Buffalo, New York.

After High School in 1947, she went on to Nursing School and in 1950 worked for The Erie County Infirmary in Wendy, New York, and later Buffalo Deaconess Hospital. She was a dedicated member of the church.

In 1969, she moved her family to South Bend, Indiana, and enrolled in Indiana University South Bend. Shirley earned Bachelors and Masters Degree in Public Offers, Criminal Justice, and Political Science. She was very active in the Community and Neighborhood. She retired in 2006 but continued to do volunteer work for the Community.  She was a member of Pentecostal Cathedral where she was a former president of the Mothers Board and started the After-School Program.

We shall miss her (Mother) very much however, we remain confident in the words of Psalm 116:12-15 “What shall I render unto the Lord for all His benefits toward me? I will take the cup of salvation and call upon the name of the Lord. I will pay my vows unto the Lord now in the presence of all his people. Precious in the Lord is the death of his SAINTS''.

To send flowers to the family or plant a tree in memory of Shirley R. Fulton, please visit our floral store.