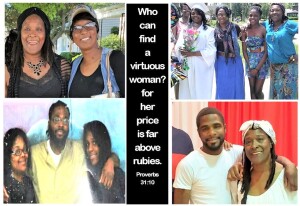 Ms. Thelma Gean Alexander, affectionately known as “Jean,” 63, of South Bend, passed away on Monday, February 22, 2021, at her home following an extended illness. She was born on August 18, 1957, in Eudora, Arkansas to the union of Richard and Sarah Alexander; they preceded her in death. The family moved to South Bend in 1957 where she was raised in a Christian home. She confessed her hope in Christ at an early age and was baptized at the original Mt. Olive Missionary Baptist Church under the leadership of the late Reverend Henry L. Giden and continued her membership there under the leadership of Pastor Hardy Williams.

Jean graduated from LaSalle High School in 1975 and went on to attend Indiana University at South Bend where she studied sociology, early childhood education, and criminal justice. Her past employment includes the former Northern Indiana State Hospital (NISH), ACME Cleaning Services, the former Dee and Ken’s, and the former Y-Knot Shack.

Jean was a mother and grandmother who deeply loved her children and grandchildren. She enjoyed spending time with her family and just like her mother, she loved hosting family gatherings and dinners. Jean was an AWESOME WOMAN OF FAITH with a genuine spirit of forgiveness. She had a warm and infectious smile and she LOVED TO TALK. She expressed many words of wisdom and sincere and heartfelt encouragement. As she walked through the Birdsell Street neighborhood she waved and smiled at everybody.  If she asked you how you were doing she stopped and listened to how things were going with you. She was indeed genuine!

She was a fun-loving person with a kind heart and always ready to help. Many she helped called her “Mama Jean.” Mama Jean was a community advocate for many, assisting in areas such as adjudications, navigating through disability determination processes, and much more. Jean loved fashion and in a matter of minutes, she could take a tablecloth and create a piece for the runway.

Jean will always be remembered in the hearts of those who loved her and the lives she impacted. She held the belief that holding a grudge only holds you down so let that stuff ride. Let her spirit of love, kindness, and forgiveness be carried in your daily deeds and actions.

To send flowers to the family or plant a tree in memory of Thelma J. Alexander, please visit our floral store.