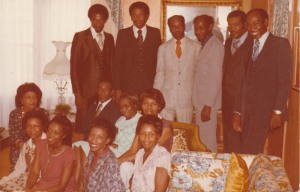 Verlene Foulks Johnson loving wife, mother, grandmother, sister, and aunt transitioned to eternal peace on May 28, 2021, with her loving family by her side. Verlene was born to the union of the late Lanus Foulks, Sr. and Mae Lillie (Heard) Foulks on October 1, 1939, in Tyronza, Arkansas.

Verlene graduated from Paul Lawrence Dunbar High School, Earle Arkansas. She moved to South Bend, Indiana, where she met and married Joe Thomas Johnson. They are the parents of two devoted and loving sons: Nathaniel and Ronald Johnson.

She was a longtime member of New Life Fellowship Ministry. Verlene was employed with RACO for more than 30 years:

To send flowers to the family or plant a tree in memory of Verlene Johnson, please visit our floral store.